Australian consumers might as well start planning on leaving the grid – at least those who can. There seems no clear line of view that the gouging of consumers by networks, generators, and retailers will ever end.

The events of the past few weeks suggest there is simply no motivation for the utilities to change their stripes, or lower their charges and profit margins. They are under too much pressure from their shareholders; and to make matters worse for consumers, the regulators are too weak, and the politicians are pathetic.

The fundamental issue for consumers in Australia is that electricity prices are way too high. And they appear to be built in. And let’s not kid ourselves that this is entirely because of rising costs. That’s nothing but a ruse.

Utilities are making money from energy businesses like never before.

Investors are prepared to pay well over the odds of the already inflated regulated asset backing of networks (hear David Leitch talk about this in-depth on our most recent Energy Insiders podcast) because they consider themselves to have a God-given, or regulator-mandated, right to revenues.

The generators are making windfall profits from the surging price in wholesale markets. Consumers are told that their bills had to jump by an average 20 per cent because of the “unavoidable” rise in wholesale costs, driven by rising gas prices and the shut-down of Hazelwood. 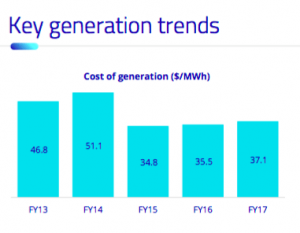 This is bunkum. AGL’s accounts shows its average cost of generation was just $37/MWh in the last year, and its Liddell coal plant sat idle half the time. Even Bayswater only had a capacity factor of 64 per cent.

No, the prices rose because the generators bid the price up, well beyond where the price of gas took the market. When told not to, as we saw in Queensland, the price fell like a stone. The chances of the shareholders of the big gen-tailers and other big generators telling them to do the same are somewhere between Buckley’s and zero.

So, what hope for the consumer? All the talk in Canberra, when the PM and his energy minister bravely eyeballed the utilities, was of helping out the most vulnerable.

That’s well and good. But the fundamental issue, the overall price of electricity, was not addressed. Discounts will be offered, and they may even be communicated, but the offerings will be sliced and diced in a way that will ensure that inflated retailer margins are not reduced.
Indeed, from the Finkel Review all the way through to the PM’s eyeballing, the talk has only ever been of price cuts at the margin.

And therein lies the problem. It seems clear that the only real option for consumers to achieve a significant reduction from the ridiculously high electricity bills they are now asked to pay is to focus on solar and storage and ultimately cut the umbilical cord to the grid.

It pains us to say so, because there are so many obvious inefficiencies and inequities that would arrive from a mass defection from the grid. It would result in over-investment in individual installations that would make the gold plating of networks seem trivial.

But the utilities have been warned, even by their own research, that mass defections are not just a possibility, but quite likely because the economics will demand it. Rather than acting on this advice, the energy industry is just getting greedier.

An effective charge of 40c/kWh, which is the average of what Australia consumers are asked to pay now (including the unavoidable and rising fixed charges), and up to double that for low energy users, is patently absurd and grossly unfair.

Consumers should be paying around half that price.

The addition of smart controls, and the ability to share power and trade it should make that something of a no-brainer – but who is going to be able to offer that on a large scale considering the legacy charges of the most expensive asset, the networks?
So, what needs to happen? Fundamental reform needs to occur.

This transition, everyone accepts, is inevitable. We can make it happen quickly smoothly and equitably, or we can delay for the sole purpose of filling the coffers of the incumbents. Policy settings need to be bold and thought through with a view to 21st century technology, not 19th century practices.

The Greens might be right, heavy regulation may be required. Most importantly, we probably need to kick out the bunch of regulators and rule makers who have served the consumer so poorly.

This is not limited to one group, but a whole “class” of regulators across state and federal jurisdictions who see their prime purpose to protect the incumbent monopolies and oligopolies. Consumers are an afterthought.

Take, for example, the Queensland regulator, which contemplated extra charges that it admitted were unfair, unnecessary and ineffective on the basis it would protect the revenue of the government-owned networks.

Or the NSW regulator, which just this week justified the fact that many consumers were charged the highest prices because they did not access discounts. This thinking has been rampant.

There has been a host of rule makers and policy makers who have aided and abetted the incumbent campaign against anything that would threaten their earnings: a carbon price, renewable energy targets, energy efficiency schemes, demand management initiatives, a fair price for rooftop solar, or a change to bidding rules.

Even building efficiency standards have been fought on the basis that it could reduce demand, as have initiatives that could, and should have, been rolled out e to help those that either cannot access solar or cannot afford to.

The new wall around the incumbent utilities is designed to keep out new competitors. Enova Energy, a small community-based retailer in NSW this week spoke of its profound disappointment with the PM’s meeting with the big retailers.

CEO Tony Pfeiffer said the commitments made by the big retailers simply failed to address the systemic problems faced by the industry – which he says stem from a lack of rigorous control over the way generators operate and a failure to promote innovation or competition. That’s something the big players want to slow down and control until they can figure out how to profit from it.

“The game is changing, but the current playing field is far from level and consumers are suffering. (This week’s) talks do nothing to change that fact,” he says. “The government needs to stop procrastinating and start to nurture Australia’s transition to renewables too … because it’s happening anyway.”

And that’s where the consumer can step in.

What should they do? Well, they can switch plans if they haven’t already. That could save them around one-third of their energy costs. But, for all the reasons that we’ve said before, this is just a merry-go-round. As more discounts are accessed, overall prices will rise. Retailers will defend their overall margins.

So the next step for consumers should be to add rooftop solar. The payback should be quick. Solar households pay around $1,000 less on average, but the savings will be greater with bigger systems. They are largely insulated from price rises like this year’s because they use less and will get more from their solar exports.

Battery storage could then be entertained to further reduce dependence on the grid. The economic benefits of that, it should be said, are not clear at this point and will vary from household to household, due to location, usage, tariff structures, network arrangements and the purpose and capabilities of the battery.

Solar Choice has a useful guide on where it might be interesting, and where it could be break-even.

But if there are no quick paybacks in storage now, it won’t be long. (For new houses facing a hefty connection fee, storage is very much in the money).

Even SA Power networks admits that the cost of solar and storage will fall to around 15c/kWh by around 2020. South Australians currently pay more than 40c/kWh for their power from the grid, and battery storage costs are falling quickly and will go beyond that price quoted by SAPN.
That’s when the push for defection will take hold. And as consumers start to cut the cord, the incumbents will howl to the moon about the unfairness of it all and how they have no choice but to pass on the revenue pool to others.

What’s the answer? Well, an equitable push to a cleaner, smarter, and cheaper grid would be the obvious one. But as long as the networks hold on to their inflated asset base, and the generators and the retailers to their inflated profit margins, consumers will ultimately have no choice but to take matters into their own hands.

That’s exciting for the individuals involved. But really, what a hopeless failure in public policy that would be. 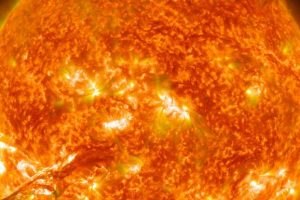 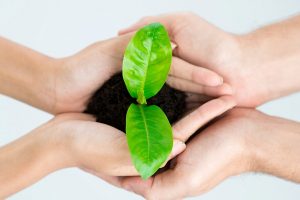 Sunstainable’s name says it all we are passionate advocates[...]