As reported by Giles Parkinson on Monday, the key message of the report – The role of Energy Storage in Australia’s Future Energy Supply Mix, funded by Finkel’s office and the Australian Council of Learned Academies (ACOLA) – is that battery storage offers a relatively cheap and easy way ensure grid security and reliability with high levels of renewables.

According to one scenario, the cost of meeting security and reliability needs for 50 per cent wind and solar was just $10.7 billion in batteries alone – most of which could be installed behind the meter, in the nation’s homes and businesses.

A Bloomberg New energy Finance report published on Tuesday has reinforced this theory, predicting that Australia would have the highest proportion of batteries installed behind the meter of any country in its latest Energy Storage Forecast, with homes and businesses expected to account for a whopping 90 per cent of the market by 2030.

But there are a few hurdles to clear first. One of the biggest? The knowledge gap.

Australians love the idea of battery storage, in the much the same spirit with which they embraced rooftop solar – as another way to cut electricity bills, gain control over their own power, help save the environment, and/or stick it to the man. But they don’t quite get it. Yet.

“This report clearly shows the two sides of the coin – that energy storage is an enormous opportunity for Australia but there is work to be done to build consumer confidence,” said the chair of the ACOLA expert working group, Dr Bruce Godfrey.

“The best way to change attitudes is to increase understanding about energy storage.”

So what is it that Australian homes and businesses need cleared up before they’ll start making the plunge into battery storage in the same way they have done with rooftop solar?

First is the ubiquitous question mark over Australian energy policy.

“Under certain conditions, Australians would be willing adopters of home-based batteries for energy storage,” the report says. “These conditions include policy and market certainty that allows households to calculate the costs and benefits of domestic scale storage, given that it requires significant initial outlay.”

The report notes that despite limited consumer knowledge of storage options, indications are that if policy and market settings changed, then uptake would quickly follow – as was the experience of the post-2008 policy framework and rollout of rooftop solar.

The second major knowledge barrier is around safety.

“Households would also like assurances that safety standards for batteries are in place and adhered to, and that battery systems are installed safely,” the report says.

Of course, this very issue has been a thorn in the side of the Australian industry for some months now, with attempts to draft national installation and safety guidelines, led by Standards Australia, going decidedly pear-shaped earlier this year, and still not fully resolved.

As it stands, Australia still does not have an national standard for home battery installation, but SA is currently working with industry to set one in line with those used in other major markets, including Germany and the US. And then there is just a general lack of understanding of the technology, and how it will work for homes and businesses, that is holding people back. 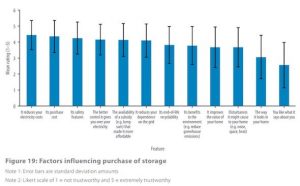 According to the report, a majority of respondents – 38 per cent – surveyed said they felt they did not know enough to make an informed decision about buying battery storage.

What’s more, they aren’t yet willing to take anyone else’s word for it. The report says that focus groups and surveys suggested many individuals were cautious about trusting both government- and industry-led initiatives, encouraging battery storage uptake.

A lack of credible information and political leadership were noted as challenges to be addressed.

“What is evident is that most Australians do not understand much about energy storage and how it relates to energy generation more broadly,” the report says – even if they were familiar with electric cars and commonly used lithium-ion batteries in computers and mobile phones.

And when asked what they did know, or had heard about energy storage, the report found that the most common responses included “batteries,” “Tesla” and the “Powerwall”.

As we have noted here before, this “Tesla effect” is both a good and bad thing for the local energy storage industry.

Yes, the “sexy” products and tech-forward preachings of Elon Musk are great for raising awareness of the technology. And yes, the rapid scale-up of Tesla’s business model will help to drive down prices.

But as Nigel Morris pointed out on One Step’s Solar Insiders podcast in September, Musk’s well-honed strategy of locking in orders, getting the book full, and then working out how to get the batteries into production can have a negative impact on sales across the rest of the market.

“There are a lot of people who are sitting on their hands, who’ve placed orders for Powerwall 2s, they aren’t available at the moment, there’s no stock coming into the country… but there’s a lot of people sitting and waiting,” Morris said.

“(It’s a) great way to get a full order book and understand demand before you ramp your factory up, so… good on ‘em. If you’re not Tesla, though, it’s a pain in the butt, because it means that you can’t sell your batteries to those customers,” he said.

“So the challenge now for everyone around them is to try and grab those customers and convince them to go another way, or else, we could well see a slow year.”

The key message, however, is that the interest is definitely there. Particularly among the nearly 1.5 million households with rooftop solar PV, and particularly as premium feed-in-tariffs are wound back. And it probably won’t take all that much to sway it in the right direction.

“Overall there was significant interest in information about the various options available to consumers when purchasing a battery – whether that purchase would benefit them financially or whether there would be a reasonable payback period,” the report said.

“They also indicated they would actively seek out information from trusted sources that included friends, family and others in the community whom they expected to be knowledgeable on the topic.”

And then you can’t discount that factor Solar Analytics’ CEO Stefan Jarnason describes as the “stick it to the man” factor. Particularly strong among Australians, apparently.

At a conference just over a year ago, Jarnason said the reason his clients were inquiring about batteries was not to take advantage of rebates; not (yet) for the fast payback; might be environmental; but was probably mostly about “telling utilities to go and take a big running jump.”

“It’s this last one that I personally feel is an extremely strong motivator,” Jarnason told the conference. “And we know this because the well off among us are the lowest uptake of people of solar around.

“Payback is not what everybody is looking for,” he added. “What they’re looking for is, what will it do for them?”

Here’s how one of the ACOLA survey respondents put it, as quoted in the energy storage report:

“[Storage is] more flexible…., it just takes all that risk away from you because you know what your input costs are. It’s interesting on so many levels. It’s such an interesting development and I think that’s why it’s coming forward so fast, because it’s not just of interest to people who are thinking about reducing emissions, it’s just such a liberating technology in so many ways.” 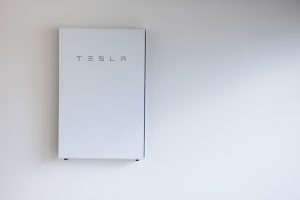 There’s been plenty of talk about how Australian solar households[...] 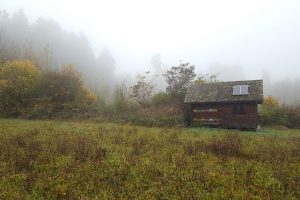 What’s all the hype about battery storage? Australia’s rooftop solar[...]