It’s a good thing that home batteries propping up Victoria’s coal-fired power plants so that when Bill Childs switched on the airconditioning inside his Williamstown house on Sunday to ward off the sticky heat, just like hundreds of thousands of other Victorians, he wasn’t relying on the grid.

But unlike most of us who pay a price for keeping cool on hot days, Mr Childs made a bit of money out of the electricity retailers, as he has on most of the hottest days this summer.

He did this by feeding energy back into the grid from a small solar battery on the side of his house when wholesale electricity prices surged past a certain mark due to high demand.

New software from Canberra-based company Reposit connected to his solar battery and did this automatically.

In so doing, Mr Childs has joined a small band of homeowners who are adding capacity to Victoria’s energy network this summer, when the state’s coal-fired power stations have failed many times.

There have been 12 power plant failures in the Latrobe Valley this summer, putting pressure on Victoria’s energy reserves in a summer when the Australian Energy Market Operator has already warned they will be tight following Hazelwood’s closure.

Reposit’s system works a bit like Elon Musk’s giant Tesla battery, dispatching energy to the grid when called upon, but from hundreds of homes scattered across Victoria and South Australia rather than one industrial facility.

The company pays its customers $1 per kilowatt-hour for feeding excess solar energy into the grid when prices are high, which is well above the Victorian minimum of 11.3c per kilowatt-hour most residential solar owners receive.

The software is a new enterprise, and the amounts it generates are tiny, both in terms of money made and energy supplied to the grid.

Mr Childs made about $17 on the weekend, and about $10 on January 17 and 18, when a major generator at Loy Yang B in the Latrobe Valley failed and Victoria suddenly lost 530 megawatts of baseload capacity on a 41-degree day.

“It’s not going to buy me a new car but the thing that it did give us was … a little nice feeling that we’ve done something useful, we’ve helped the Victorian power system just get over a little hurdle,” Mr Childs said.

Reposit’s 200-odd customers fed about 350 kilowatts into the grid as AEMO triggered its emergency reserve plan, a puny amount compared with the 104 megawatt shortfall forecast.

But Reposit chief Dean Spaccavento said the software would gradually become more useful as more people installed solar batteries at home and then signed up to the service.

“350 kilowatts is not a lot,” Mr Spaccavento said.

The ACT government has subsidised battery installation for thousands of homes and small businesses as a way to encourage renewables, and Mr Spaccavento argued Victoria should do the same as part of its target to have 40 per cent renewable energy by 2025.

The Andrews government promised to install two 20MW batteries in western Victoria this summer but the project has been delayed and is not expected until mid-2019.

Talk to one of our solar experts to find out how easy it is to have Energy Independence. 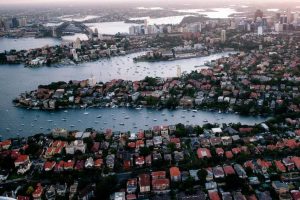 Western Australia’s Rottnest Island has achieved 45% renewables with a[...] 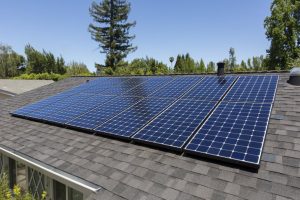