April 17, 2018 News No Comments
There’s been plenty of talk about how Australian solar households are warming to the idea of battery storage, but little concrete data to back this up. Until now.

A new report from solar analysts, SunWiz, has revealed almost 21,000 behind the meter energy storage systems were installed in Australia in 2017, a three-fold increase on the year before.

But what does this trebling of battery storage uptake mean? Is it a sign that batteries now make economic sense to the average Australian household?

If your metric is return on investment (ROI), there are a lot of variables that you need to weigh up – and they change from home to home, and state to state, and even from one distribution company to another. And we look into all that in-depth below.

But for those not banking on ROI – and plenty of consumers are not (think cars, couches, TVs) – then it’s pretty straight forward.

“With energy prices rising this year, Australians are embracing the idea of being able to control their energy consumption and costs,” said SunWiz founder and managing director, Warwick Johnston.

And battery storage can certainly do that, as long as you can afford to install it in the first place. ‘

As the SunWiz report shows – and the charts below illustrate – a Sydney household that invests in solar PV and a Tesla Powerwall 2 can achieve a $1,931 reduction (or 72 per cent) reduction in their annual power bills.

For those who can’t afford the up-front cost, there are deals like sonnenFlat – where households can install a 10kWh battery by German manufacturer sonnen at no up-front cost, instead paying a fixed monthly fee of $30, $40 or $50, depending on the system size and energy usage.

According to sonnen, this deal has already been popular in Australia – popular enough that the company is building a manufacturing plant here.

In one instance, according to installer Natural Solar, a Sydney family that uses around 35kWh of electricity a day, has saved $2,525.88 on its power bills this year through the sonnenFlat scheme.

Some state policies are also driving uptake, with similar deals of discounted or zero up-front cost – a pattern Johnston sees continuinf to emerge across the country considering the popularity of batteries and the potential benefits they can offer the grid.

But when it comes to ROI, as we said above, it gets complicated.

As noted in the report, and then detailed by Johnston at the Smart energy Conference in Sydney on Tuesday, there are a lot of factors that influence the ROI on a solar and battery storage system, and these vary from system to system, house to house, network to network, and state and to state.

To get around this, SunWiz performed detailed energy an financial analysis using its PVsell engine, for solar and batteries of various sizes in each major state, in each DNSP zone, and for flat rate tariffs (Peak/off-peak in Victoria) and flat rate export tariffs (plus TOU export in Victoria).

Here’s what they found:

Johnston says: “This chart shows the financial benefit (bill savings) for a 5kW PV system with varying amounts of energy storage. As expected, as the battery size increases, so do the bill savings.

“The batteries are charging from power that would otherwise be exported at a low tariff, and value adding by discharging at a later time.

“Across our analyses, the proportion of power from a 5kW PV system that is exported is typically 61 per cent, but can be reduced to 16 per cent by a 12kW battery.”

2. ROI is best for smaller batteries:

Johnston says: “This chart shows the distribution of the ROI for PV-only, and PV with various sized batteries.  Although a battery does reduce customers’ electricity bill, it doesn’t pay for itself as quickly as a 5kW PV-only system which has a typical ROI of 22.9 per cent (five-year payback).

“In contrast the battery drags down the ROI to around 11 per cent (nine-year payback). The PV does the financial heavy lifting, which is why a larger battery has a poorer ROI.

“That said, there are situations where the PV-storage ROI is quite healthy – and achieves an 18 per cent ROI (5.6-year payback).”

3. ROI is best for higher levels of consumption and smaller batteries:

Johnston says: “This chart illustrates the bill savings and ROI as additional amounts of storage are added, for a range of daily consumption levels.

“Larger consumers will also self-consume more power, and therefore their generation will be more valuable. As a result their ROI is higher for a PV-only system. Add in a battery and the advantage
diminishes (there’s less exported energy to absorb as less would otherwise be export), but the ROI is driven by the PV system so the PV-storage system still has higher ROI for larger users.”

4. ROI is best in South Australia: Johnston says: “This chart compares the non-battery ROI vs the average ROI with a battery in each DNSP. ROI is highest in SA, both for PV-only and PV-storage.

“If you’re in Victoria, your ROI is much better in Ausnet territory than Citipower; likewise in Queensland Ergon ROI is better than Energex ROI.”

5. If you’re going to put a battery on, a 7kW PV array has equivalent ROI to a 5kW PV array:

Johnston says: “This chart illustrates the average ROI for a range of system sizes and battery sizes. There are some interesting economies of scale at play.

“If you’re looking at PV-only, then the ROI of a 5kW is the same as the ROI of the 3kW (at current FiT rates), meaning if you can afford the larger system you’ll get a better bill reduction for the same ROI.

“If you’re going to put in a battery then the ROI with a 5kW PV system is practically the same as the ROI with a 7kW system, so if you can afford to you may as well buy the larger system (and get better bill reduction).”

And there are other factors at play, too, including roof shading and orientation, where you put your panels, and which battery you choose.

But there is also more and more help out there to navigate these complexities, from experts like SunWiz, for all of the above, and Global Roam for the extensive work it has done in listing the more than 126 (and counting) different kinds of batteries currently available on the home energy storage market, and their specifications. And there are many other resources out there.

Get in touch with us to find how much you could save on your energy bills. 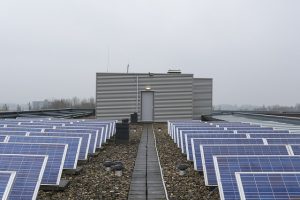 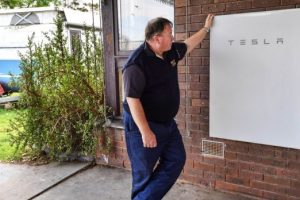 There is a solar battery revolution happening in Melbourne homes.[...] 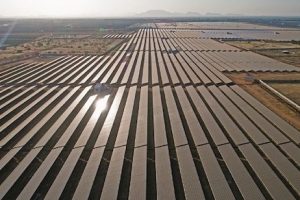