Internet giant Facebook and western US electric company Pacific Power last week announced plans for their data centre to be powered by 437MW of solar Oregon that will provide clean power to Facebook’s Prineville Data Centre.

The partnership between Facebook and Pacific Power will result in 437MW of new solar capacity, including two projects totalling 100MW in the Prineville area, a city in the heart of Oregon, in the country’s northwest. Prineville, once a bustling timber hub, is reshaping itself as a home to several data centres for companies like Facebook and Apple.

The new collaboration between Facebook and Pacific Power serves not only to bolster the once thriving town’s population with increased employment but is also supporting the city’s economic growth and creating new renewable energy resources.

“At Pacific Power, we believe in the power of partnership,” said Stefan Bird, president and CEO of Pacific Power. “As a 100-year company with a long history of serving smaller communities across Oregon, we believe progress is best achieved when business and community come together.

We view this partnership as a way for Facebook to meet its sustainability goals and for Prineville and its neighboring Central Oregon communities to grow and thrive, while delivering cost-effective resources to all of our customers.”

Facebook’s first data centre in Prineville was first opened in 2011 and, since then, the unemployment rate in the city has dropped from 17% to 6.5%. Further, Facebook’s involvement in the local economy has contributed to new roads, parks, and even an elementary school which has been backed by grants from Facebook and others which include more STE education opportunities.

Unsurprisingly, Facebook’s presence in the region is an unlooked-for blessing to people who were once so reliant upon the fading timber industry.

“We are expanding from our timber roots to a future with greater business diversity and a workforce with broader skills,” said Prineville Mayor Betty Jean Roppe.

“It is through contributions and support from organizations like Facebook and Pacific Power, that Prineville is growing new jobs and strengthening our schools with programs that meet the skills needs of tomorrow. This inspires new paths and opportunities for future generations, right here in town.”

“This partnership bolsters Prineville’s 21st century model for a small-town,” added Oregon Governor Kate Brown. “With projects like these, we continue to demonstrate that Oregon is ready for the clean energy economy of the future.”

For Facebook, building renewable energy projects like the newly-announced 437 MW of solar contributes not only to the company’s sustainability and renewable energy goals, but provide low-cost, long-term price stability which would otherwise be impossible using traditional methods. As such, the Prineville solar announcements are not the only ones on Facebook’s horizon.

“Today, Facebook has enabled over 1000 MW of renewable energy to be added to the grid in the United States,” said a Facebook spokesperson via email.

“In addition to our newest announcement of 437MW of solar for our Prineville Data Center, we have signed PPAs for 80MW in New Mexico for our Los Lunas Data Center. In addition, we have a combined 3.6MW of solar energy projects on the roofs of our Menlo Park, California, headquarters.”

Contact us today to discuss your residential or commercial solar project. 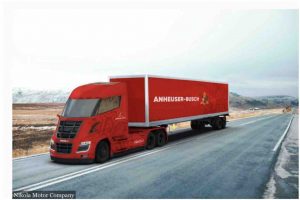 Budweiser switches to Hydrogen trucks – what about Carlton United?

Budweiser switches to hydrogen truck, so what about Carlton United?[...]

Some of the reasons that battery storage is an economically[...] 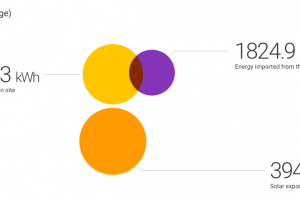 We are now power load defectors!  So here’s the wrap[...]