The new Tesla Powerwall system makes going off-grid more achievable than ever before. Fully independent and reliable energy is here to change the way we live.

Sunstainable pride ourselves on being one of the best solar panel suppliers Melbourne wide so whenever there is an innovation in solar energy, we are among the first to try it out, train in its installation and maintenance, and offer the technology to customers. So, it is with great excitement that we introduce the arrival of the Tesla Powerwall 2, a solar battery designed to store energy specifically for off-grid homes.

In the past, off-grid batteries were bulky and needed to be stored outside. They were typically mechanical systems that didn’t connect to the Wi-Fi or operate digitally. They also needed to be well ventilated and were well known to leak (another reason why they needed to be stored far away from the house), all of which is exactly why the Tesla Powerwall is such a revolution.

Tesla is a smart system (really smart) that operates through your Wi-Fi connection and can be nested into the side of your house. It’s also safe, easy to install and extremely convenient for the day-to-day management of your energy use via an app on your phone.

In short, when it comes to off-grid living, it’s a game changer.

The Tesla off-grid system is made up of solar panels, at least one Powerwall 2 and all of the necessary mounting and monitoring equipment. Excess energy generated by your solar panels are stored for later use in your Powerwall, in a completely self-sufficient system.

The Tesla Powerwall 2 is easily the most compact solar battery out there. In fact, you could easily mistake the powerwall for an oversized internet router, its appearance is so sleek and high-tech. But this is no fragile machine: it’s weatherproof, it has no exposed exhausts or wires, and it can be conveniently mounted on a wall. You can even stack several Powerwalls together for a super powerful storage system with a very low risk of ever running out of energy.

In our opinion, it’s also the most pet and child friendly solar battery out there, making it an ideal option for a family residence.

How The Tesla Powerwall 2 works

Going off-grid is defined by being completely disconnected, or free from, the power grid. In some ways this is daunting because you’re completely on your own, but in many respects, it is also liberating. You are now in control of your own power.

Going off-grid is also much better for the environment, since the grid is still heavily reliant on fossil fuels. By going off-grid you are cutting your ties with this polluting energy source.

Off-grid living also enables you to build in places that are remote, giving you a greater amount of choice when it comes to where and how you live.

An off-grid system requires at least two Tesla Powerwalls and works by drawing upon excess energy from the solar panels mounted on your roof. When your Tesla Powerwall is fully charged it alerts you via the very sleek app. This gives you the opportunity to use the excess power as you’d like – such as running the air conditioner or heating.

The smooth app interface enables you to monitor your energy consumption in real-time, as well as how much energy you are generating. 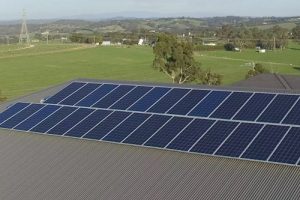 TAKE ADVANTAGE OF THE CHEAPEST ENEREGY SOURCE IN HISTORY 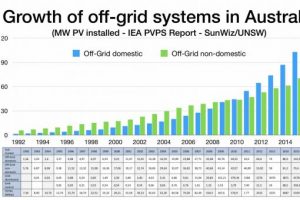 It seems that even big users of energy and the[...] 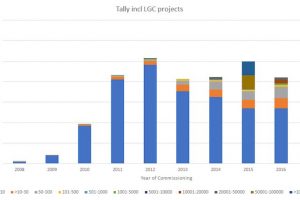 Extraordinary figures continue to roll in from the year that[...]